After years of going against the grain, promising new research from the Grains and Legumes Nutrition Council (GLNC) has found fewer Australians are limiting grain foods, and more of us are enjoying legumes.

The triennial Consumption Study found 47 per cent of Australians limit grains, significantly less than the 60 per cent recorded in 2014 (1). While the persistence of Paleo, low carb, and gluten free diets are likely still pushing the trend of grain-avoidance, these results suggest the wide-spread fear of grains is slowing – and that’s great news for Aussies’ health.

The evidence for grains and health is strong, and continues to develop. Grains like wheat, oats, rice, barley, and rye are nutrition powerhouses, boasting more than 26 nutrients and phytonutrients that help to protect us against chronic disease and arm us with good health. In fact, an in-depth review of more than 300 studies found whole grains and high fibre foods to be the most protective against diet related diseases of all food groups – even more so than fruit and vegetables (2)!

And the evidence around legumes (think chickpeas, lentils, kidney beans) is equally exciting, with every additional 20g eaten daily (around a tablespoon) reducing risk of early death by 7-8 per cent (3).

Overall, we’re not a country of big legume-eaters, but it’s encouraging to see a greater proportion of Australians are including them in 2017 – 28 per cent, up from 24 per cent in 2014 which continues the upward trend of consumption. This was likely fuelled by the United Nations naming 2016 the International Year of Pulses, which saw celebrity chefs showcase legumes’ versatility and simplicity to prepare, through a whole range of different recipes

The study also picked up on some interesting trends around the grain and legume foods Australians are eating. The percentage of people eating porridge, for example, has doubled between 2014-2017, while fewer people are choosing wheat breakfast biscuits. The way we eat is evolving too, with snacking on the rise.  Bars for example, were previously eaten as part of a meal at lunch or breakfast, but this year’s results showed they are more commonly eaten as a morning or afternoon snack. We’re also eating more alternative breads like flat breads and wraps.

So how can you reap the wonderful benefits grains and legumes offer? It’s as simple as adding half a cup of legumes, or an extra serve of whole grain foods to your day! Try subbing half the mince in your Bolognese with lentils, or adding a handful of oats to your morning smoothie.

Check out the infographic below to find out what a serve of grains really means, and for more foodie inspiration, check out the recipe section of our website. 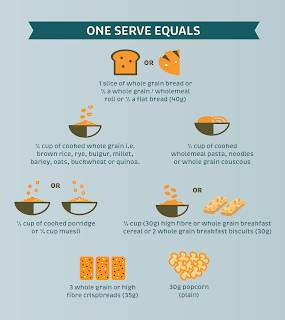 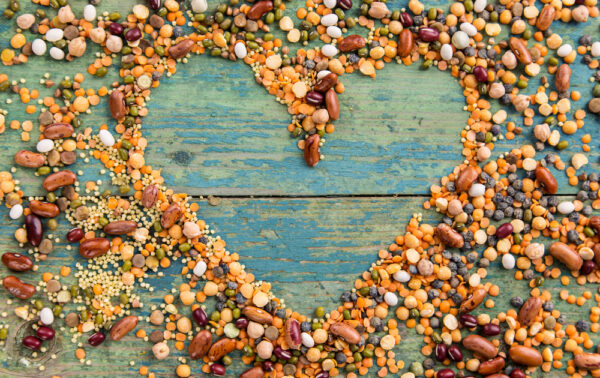