You are here: Home / Grains / Grains and Nutrition

Grains are high in carbohydrate, low in fat, good sources of protein and provide varying amounts of fibre, vitamins and minerals. The nutritional composition of grains may vary depending on the variety and environmental growing conditions. The protein content of wheat is higher, on average, than that of other grains.

Grain foods both whole grain and refined make an important contribution to the nutrient intakes of Australians. Grain foods are the leading contributors of seven key nutrients in the Australian diet – fibre, iron, magnesium, iodine, carbohydrates and B-group vitamins including folate and thiamin. The Australian Dietary Guidelines list significant nutrients for grain foods as including carbohydrate, protein, iron, dietary fibre, iodine, magnesium, zinc, the B-group vitamins, thiamin, folate, riboflavin and niacin as well as vitamin E. Pseudo-cereals contain similar amounts of these nutrients as grains so are commonly considered as whole grains.

In comparison, oilseeds such as chia seeds are nutritionally different to grains and are not considered grains or whole grains. They have a higher oil content and lower carbohydrate content than grains. Also, seeds including chia contain very little of the B-group vitamins and minerals that are listed as significant nutrients in grains.

A table comparing the nutrient content of different types of grains can be downloaded here.

For more information on grains and nutrition check these links: 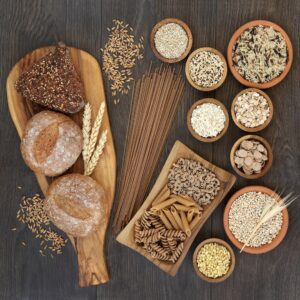 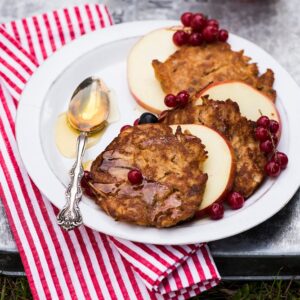 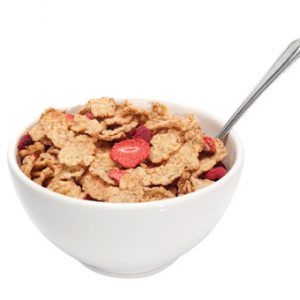 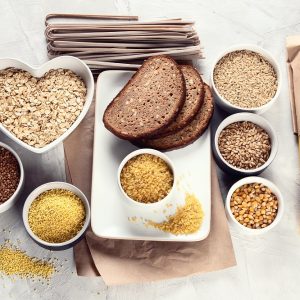 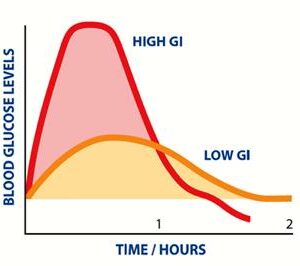 All About Glycaemic Index (GI)
Stay in Touch with the Latest Nutritional News!